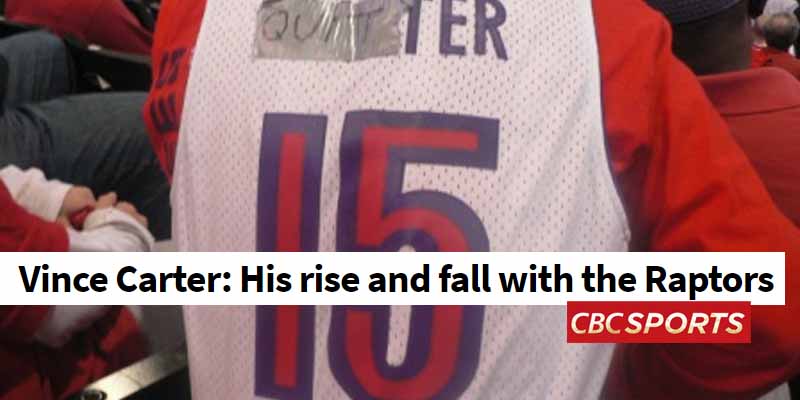 Vince Carter was the first player to put the Toronto Raptors on the map, helping the team go from a struggling expansion franchise to setting league attendance records in 2000, 2001, and 2002, as well as leading them to the Playoffs for the first time in franchise history in 2000 and to the Eastern Conference Finals in 2001. During the 2004 off-season, however, after the team finished the season 3 games short of a playoff spot, Carter became frustrated with the head office’s inability to put the necessary talent around him and asked for a trade. Shortly after, he stopped playing at his usual high level and the fans were certain that he played this way on purpose to speed up the trade because after he was moved to the Nets, he quickly reverted back to his superstar self.