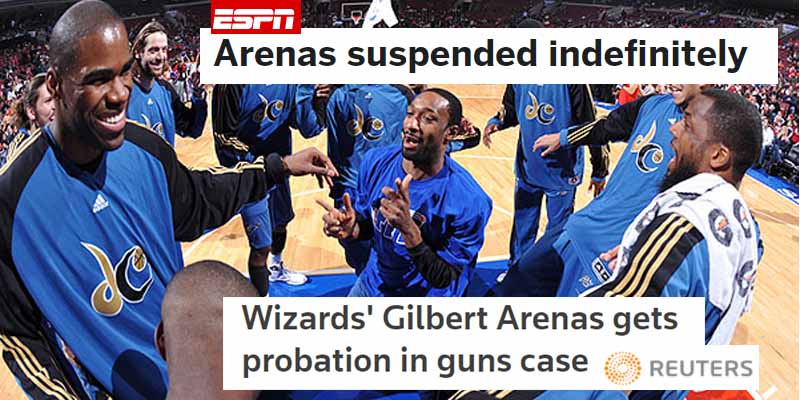 When your team changes its name from Bullets to Wizards to distance itself from the gun violence plaguing Washington DC, it’s doubly bad for your main offensive threat to be admit to having guns in the locker room and then make light of the situation by shooting his teammates with finger pistols before a televised game, like Gilbert Arenas did in December of 2009. This earned him a suspension for the rest of the season and two years of probation with 30 days in a halfway house.