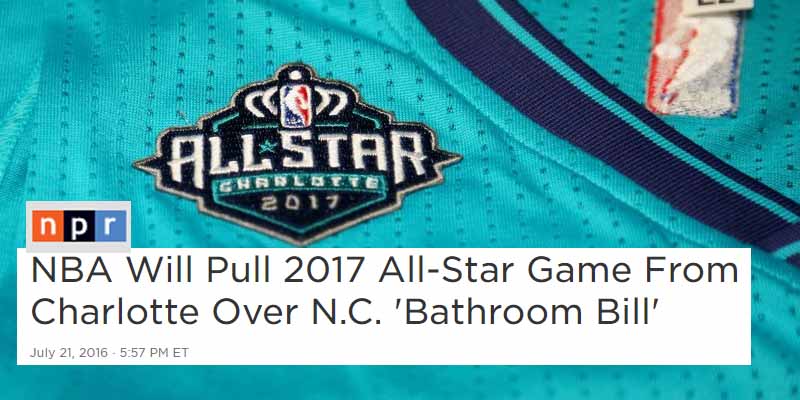 The only thing the Charlotte Hornets 2.0 have had that’s close to a controversy was the NBA pulling the 2017 All-Star Game from their hometown because of the 2016 law that prohibited people to use the bathroom that matched their gender identity, and people had to use the bathroom that matched with their biological sex. Charlotte took a hit economically and Michael Jordan and the team were extremely disappointed in the NBA’s decision, but understood the need to withdraw due to the political climate.