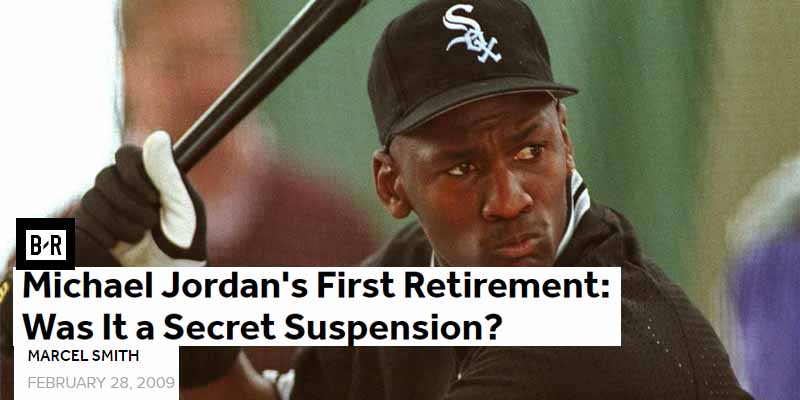 In 1993, after the Chicago Bulls won their third back to back championship, Micheal Jordan was pretty much on top of the world. And then he suddenly decided to retire after only 8 seasons in the league. Coindentally, a few things happened several months earlier.

Firstly, Jordan was forced to admit in court that the reason convicted drug dealer James Bouler had a $57,000 check signed by him was because of gambling debts. Secondly, San Diego businessman Richard Equinas revealed in his book Michael and Me: Our Gambling Addiction…My Cry for Help that he had won over $900,000 from Jordan in golf betting. Around the same time, MJ was spotted in an Atlantic City casino in the early hours on the morning of Game Two of the Eastern Conference Finals. All of these factors forced the NBA to launch an investigation into whether or not Jordan’s gambling habits were violating the terms of his contract.

All of these facts gave way to conspiracy theories suggesting that the NBA found out that Jordan did in fact violate the terms of his contract, didn’t want to suspend him because of PR and instead had him temporarily retire.