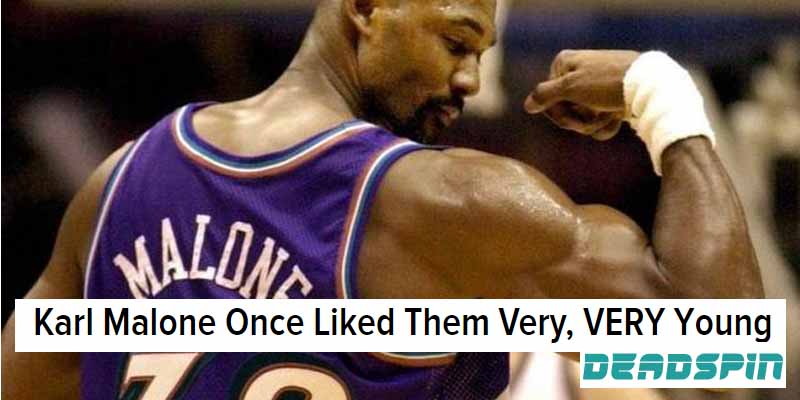 Karl Malone is one half of the legendary Utah Jazz duo with John Stockton that made back to back Finals appearances against Jordan’s Chicago Bulls. The darkest spot on Malone’s career is that he impregnated a 13 year old Gloria Bell when he was a 20-year old college freshman and only a couple of formalities saved him from prison. Bell’s family didn’t want to see Malone jailed because that would eliminate any chance of him providing support. Malone was never arrested because the statue of limitations for rape in Louisiana was 5 years, but the paternity test took place in 2008.

Even worse, Malone did not even try to have a relationship with his son Demtress Bell, who played offensive tackle for the NFL’s Buffalo Bills, Philadelphia Eagles and Dallas Cowboys. The only time they talked was after Bell graduated high school, when Malone told him it was too late for him to be a father.