It’s no secret that NBA players can pull some really good looking women.

Some have been with their SO since before the fame, others are enjoying the benefits of being a superstar.

Below are the finest-looking NBA wives and girlfriends. 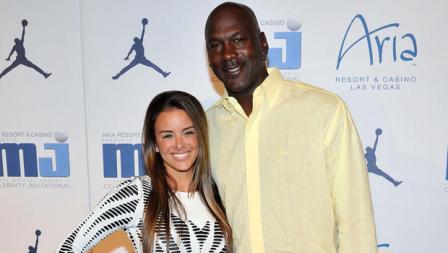 Even though he hasn’t played in the NBA since 2003, we felt it necessary to pay homage to the GOAT! What’s a 16 year age difference, when you’re married to the most famous athlete on the planet? The 36 year old former Cuban model, Yvette Prieto, married one Michael Jeffrey Jordan in April of 2013. As you would expect, their wedding was a REALLY big deal.

Rumored to have cost Jordan at least $10 million, the elaborate wedding included a ton of A-List celebrities and athletes, plus special guest performances by Usher and Robin Thicke. Yvette is now a stepmother to Jordan’s three children from his previous marriage (do you remember the little kids from Space Jam? That’s them!). The couple welcomed twin daughters, Victoria and Ysabel, in 2014.