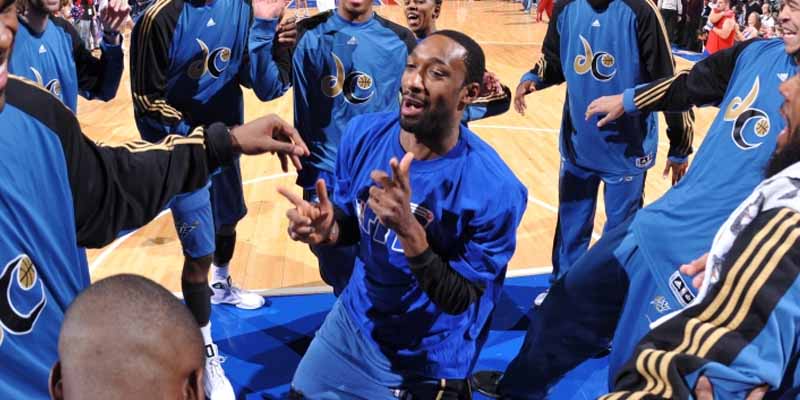 Another infamous of Arenas stepping over the line was during the winter of 2009-10, when he was under investigation for gun possession after it was revealed that he had unloaded guns in his locker and even engaged in a Mexican stand-off with his teammate Javaris Crittenton. An NBA player with some common sense would’ve probably tried to keep this kind of thing on the low, but after Gill gave zero damns and pretend shot his teammates with finger pistols on national television, the league stepped in and suspended him until the investigation was complete and that was the beginning of the end of his career. Very unfitting that he did this while playing for the Wizards, an organization that was renamed from Bullets to distance themselves from the rampant gun violence plaguing Washington DC.