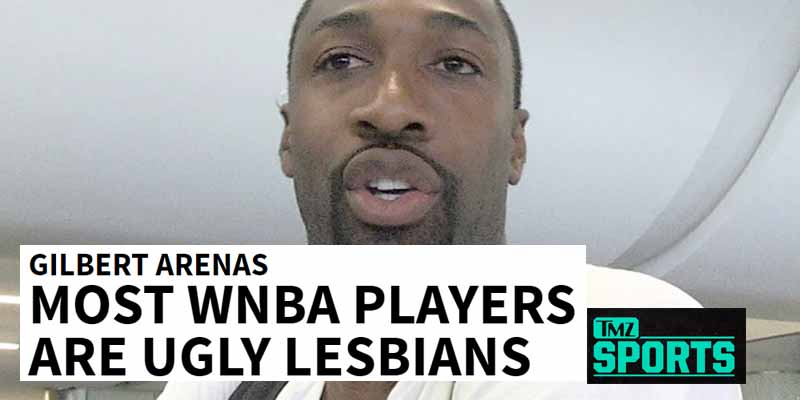 In 2015 Arenas drew a crapton of negative attention after tweeting a photo of two models hooping, saying that this is what the WNBA should look like instead of a bunch of women running around looking like the cast of Orange Is The New Black. “If u think this is sexist,9 times out of 10 u the ugly one and we didnt pay to come see u play anyway, ” said Arenas. Naturally, these comments drew condemnation from WNBA players, officials and fans.

Ironically enough, the original TMZ article that reported this has a link to another article swooning over Skylar Diggins’ ass.