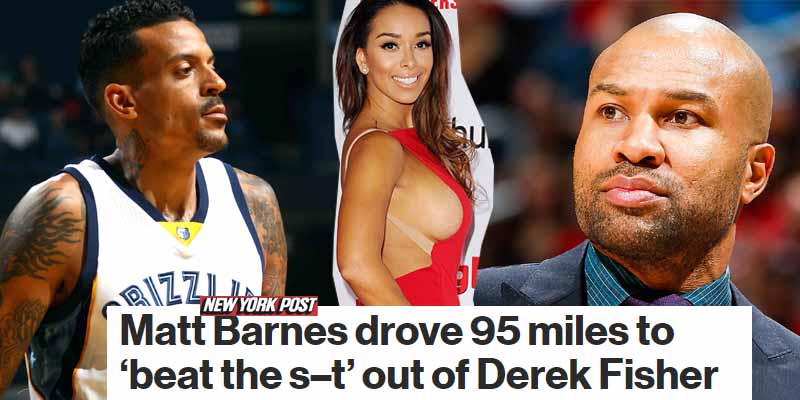 In 2015 Matt Barnes made headlines by driving 95 miles from the Memphis Grizzlies‘ training camp in California to “beat the sh*t” out of Derek Fisher for sleeping with his (now ex) wife and former Basketball Wives star Gloria Govan after his sons called him and told him Fisher was at their LA home. “I kicked his a** from the back yard to the front room, and spit in her face,” said Barnes in a later text message. Fisher didn’t press charges and Barnes later underwent a messy divorce from Govan.